I just love safaris, and the more often I visit the Kenyan wilderness the more I appreciate what my country has to offer. My four year old daughter Nielsine visits a game parks each year for her birthday and the older she gets the more she enjoys the thrills of meeting the wild animals face to face, and after her 4th birthday party celebration at home a couple of weeks ago, we set out to Tsavo East where we enjoyed this safari as a family of four but I would like to focus on my experiences with Nielsine.

Our Home in the Savannah

After a very bumpy and dusty ride we arrived at the Galana Crocodile Camp located just outside the Sala Gate to the park just in time for our lunch and a most welcome shower to followed by a bit of rest in our comfortable little hut with a perfect view of the river and its crocs and other animals which came down to drink. 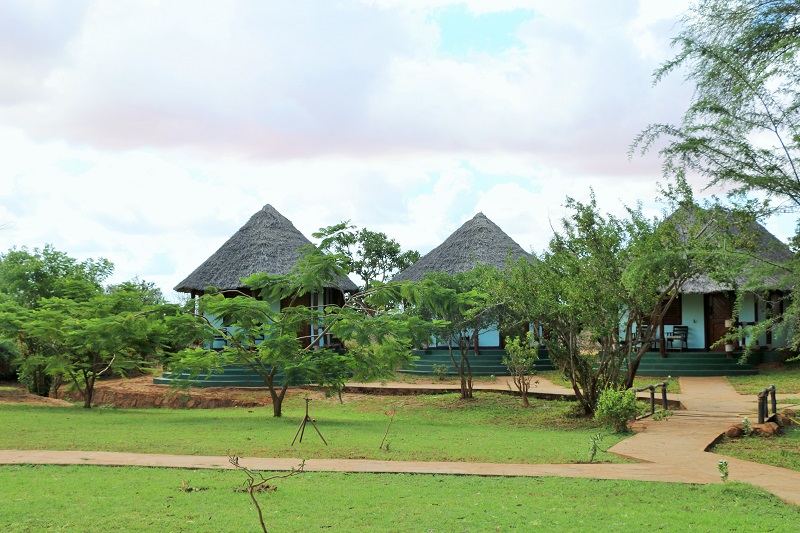 The animals are best viewed when the sun is low and allows them to venture out in the open to feed, so at 4PM we set out on an evening drive in the park with our driver and safari guide Gabriel.  You have to keep your eyes open, since the animals blend in so well with the surrounding landscape and the first encounters with the animals are always magical and for the first hour you even want to stop to watch the most common animals like the impalas and the zebras. Nielsine was excited and especially loved the baby zebra as it crossed the road with its mom just in front of us.  As we moved along the river we spotted many other animals and she became very skilled at discovering them and later at the camp she was able to remember them. 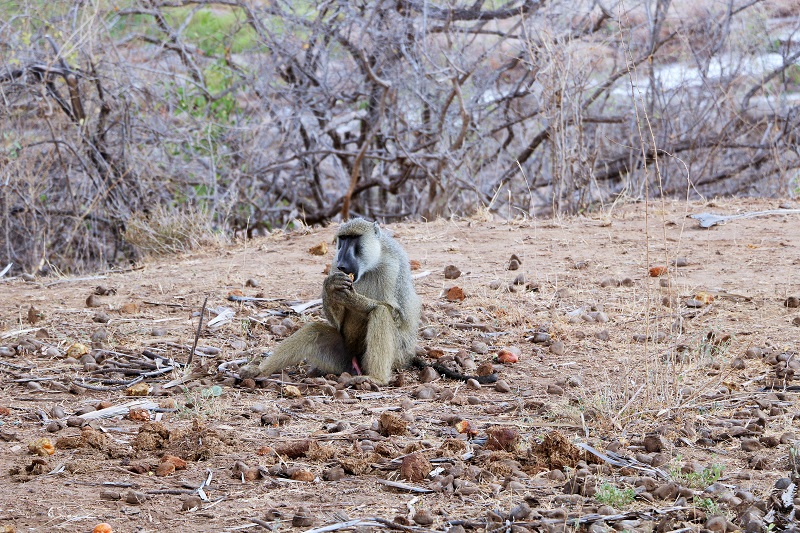 We stopped at a hilltop by the river where we got out of our car to enjoy a glorious sunset and a little walking safari before returning to camp. African sunsets are amazing and with the humidity of the approaching rain the brilliance of the red and yellow sky was absolutely breathtaking. 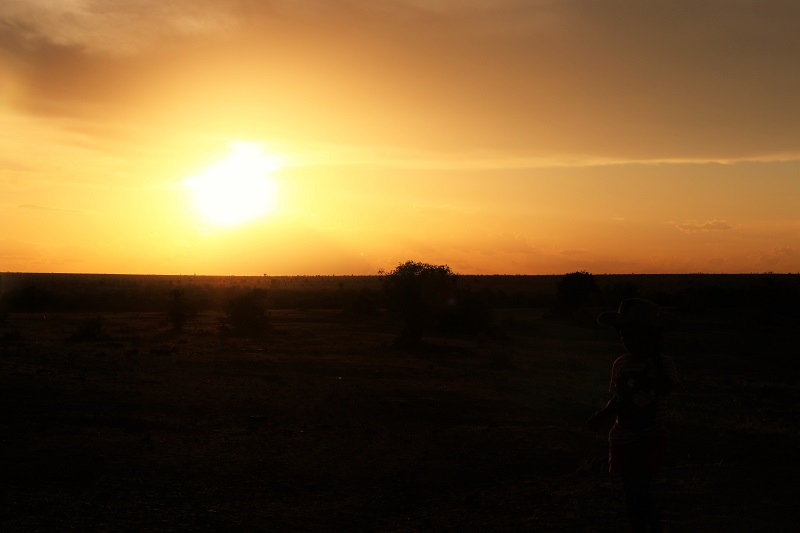 Crocodiles in the Camp!

One of the features of the camp is – as the name suggests – its relationship with the resident crocodiles living just below the terrace.  They have been trained to come on land to be fed when they are called by the staff, and have even been given names (the largest one is called Gaddafi) Nielsine was a bit scared at first but on the second day, she was getting too confident and sometimes too close…

Somehow the restaurant staff had caught a remark about it being Nielsine’s birthday, and after our dinner they all marched into the restaurant with a beautiful cake for her, playing drums and singing to her. She couldn’t believe her eyes. I was so grateful and I really do mean it when I say it was one of the most delicious cakes I’ve ever eaten.

Face to face with a Lion

Nothing could have prepared me to meeting with a young male lion and two females resting in the shade of bushes on the side of the road. This was the closest I have ever been to the king of the savannah, he was 2 meters away from us. I put my camera down after a few shots to just take it all in,  its a feeling that is difficult to describe – It was both tremendously exciting yet serene. This was definitely our favorite animal encounter on this safari 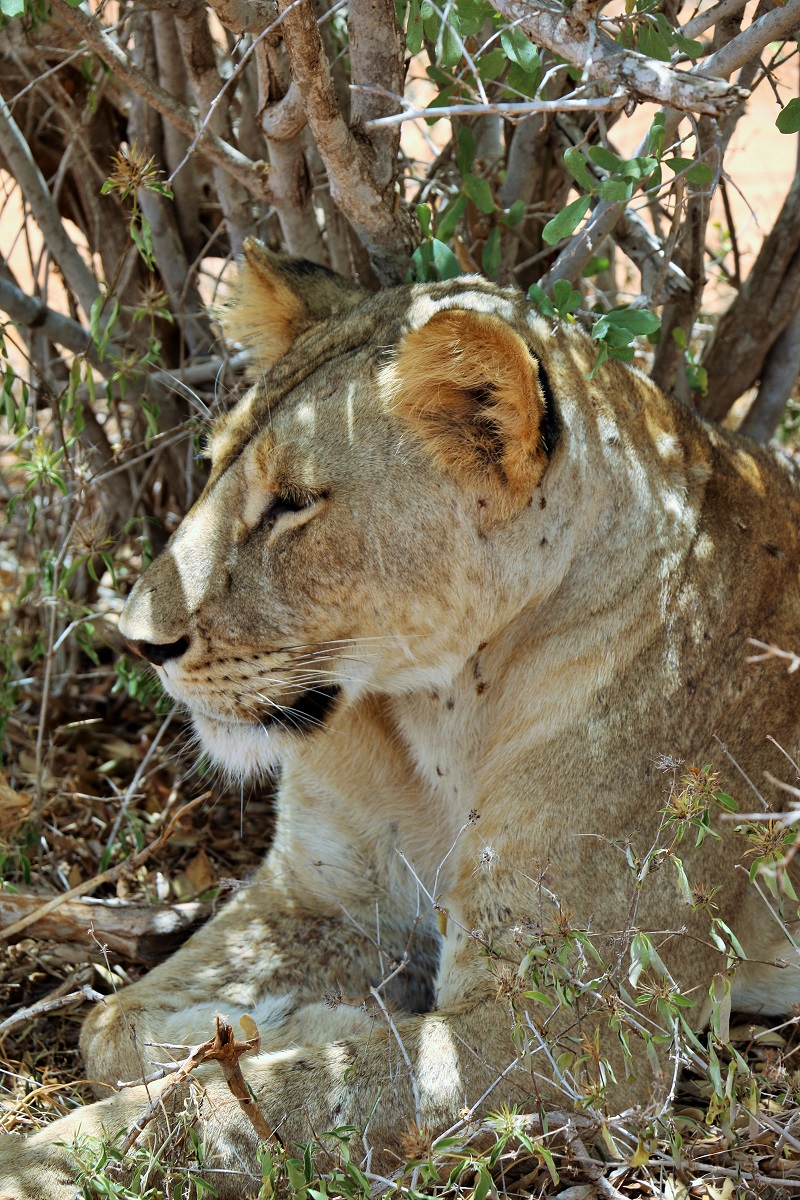 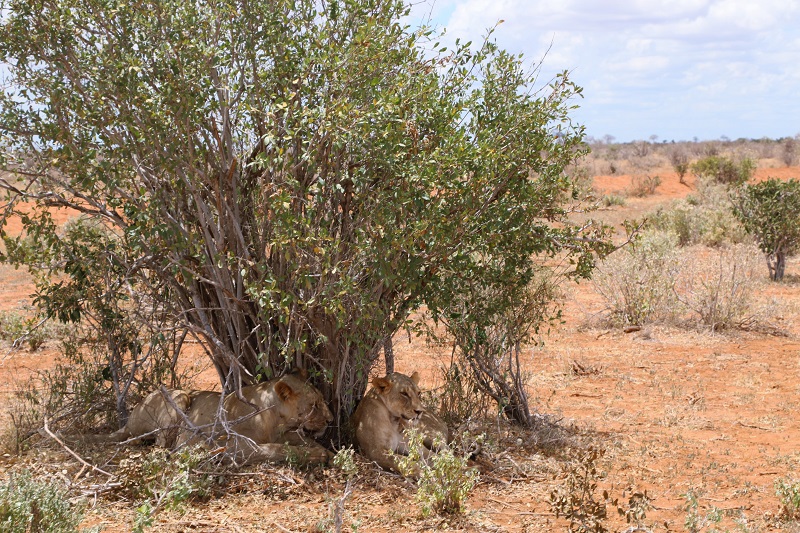 Hanging out with Hippos

Later we got out of the car to stretch our legs and to watch a family of hippos in the cool waters of the Galana river – which they rarely leave during the daytime. So we felt quite safe listening to their snorting sounds. I still laugh at how Nielsine says “Hippopotamus” and her desperate effort to pronounce it correctly, too cute.

At some point we met a really large heard of buffalos or ‘scary cows’ (as Nielsine called them) they were journeying across the savannah in search of water, we made sure we kept a safe distance since they can be quite aggressive when they have young calves.

It takes a Village

I love the elephants and we met many, including this awesome group. A new mom is never alone in raising her young one. After a 22 month pregnancy, the other females affectionately help the baby elephant on its feet and show the little one how to nurse and what to eat. They are fiercely protective and will stop at nothing to keep the baby safe. It really does take a village to raise a child out here. 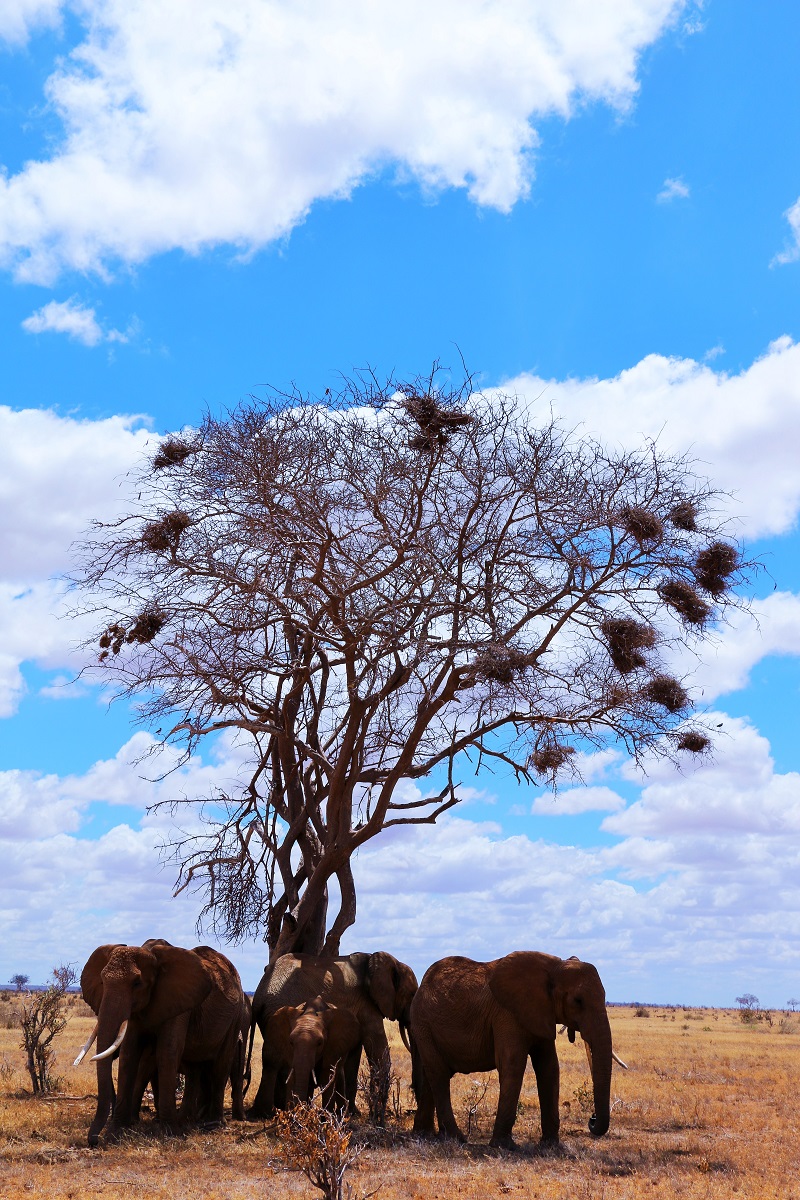 A day-long drive on an extremely sunny day also took us to the Lugard Falls which is one of the main nature attractions in the park.  I can imagine that when there is abundant water in the Galana River these falls must be quite spectacular, but due to the long drought of the previous months the river had almost run dry and reduced most of the parts to not more than a trickle. This was somehow sad.

Stuck in the Mud

This is the time of the year when the drought stricken coastal area is praying for rain.  And on our way back home our prayers were heard and the arid ground was blessed by the first serious rainfall in 5-6 months.  The bad news was that the road had turned very muddy, and a lorry had gotten stuck and blocked our passage, which forced us out in even wetter mud, which we only escaped after about half an hour with the help of about 15 local guys.  Adding one more memorable experience to our safari. 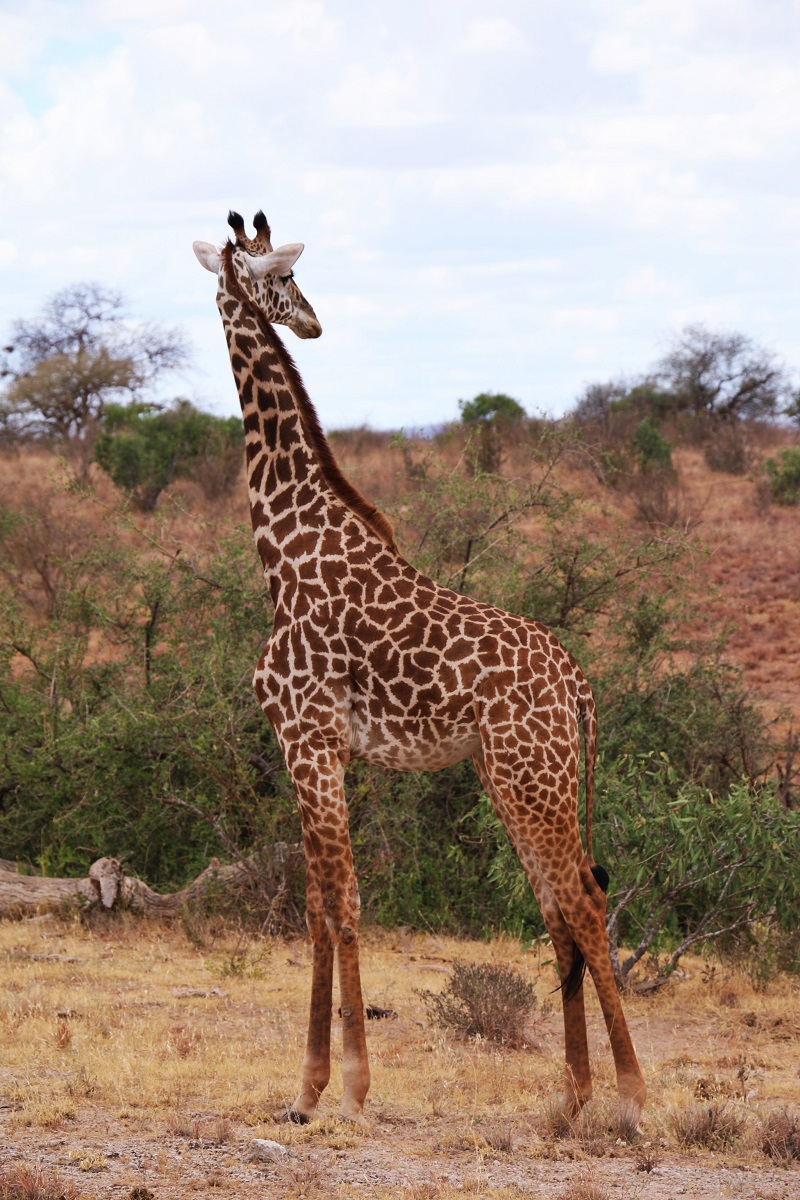 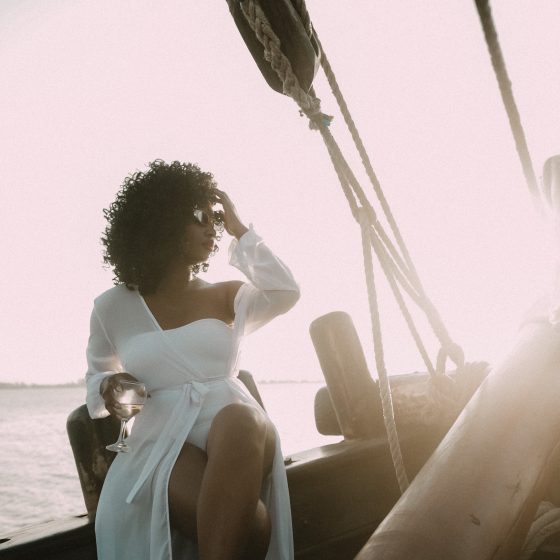 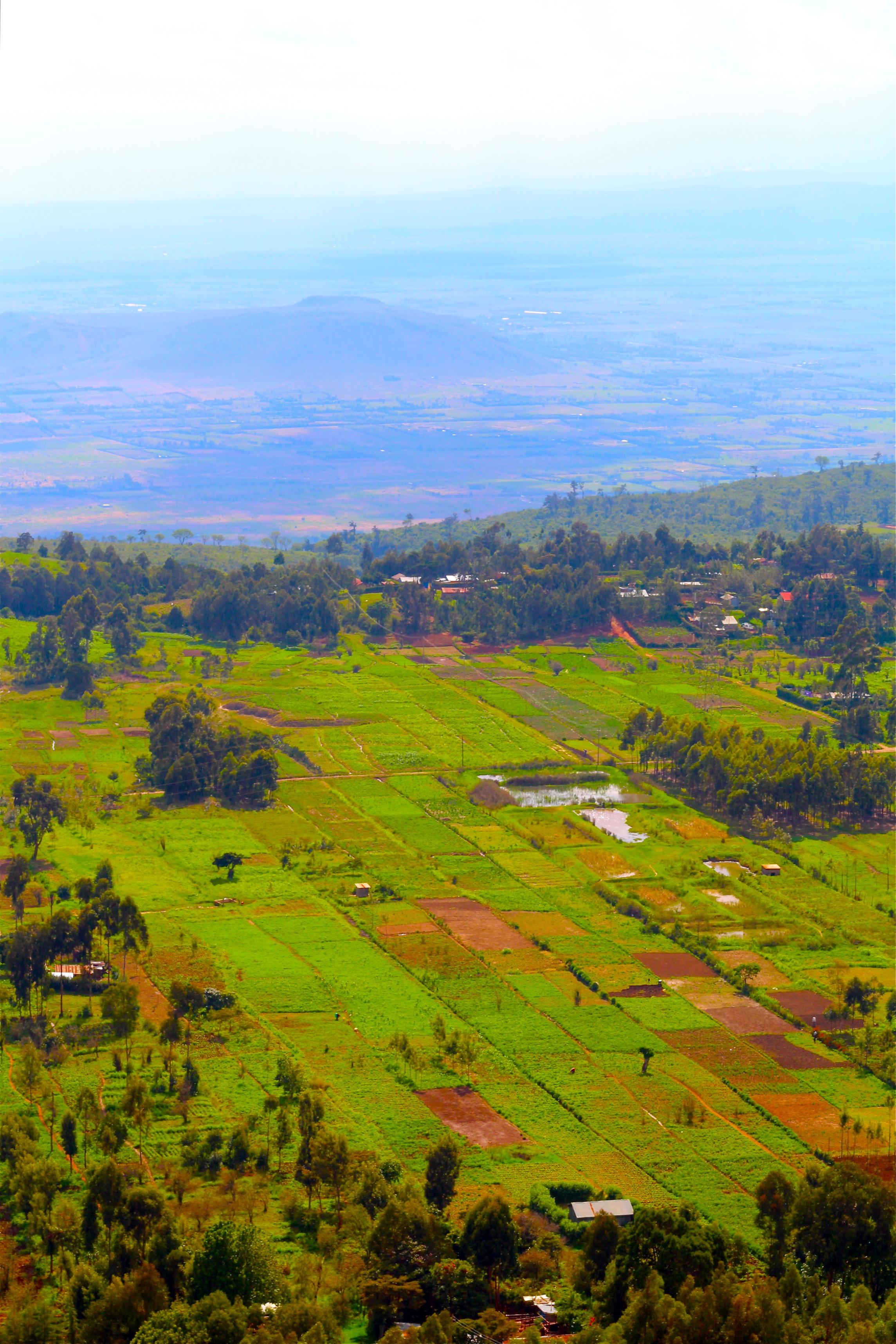 previous post
Why I Cut My Locs
next post
I Designed my Custom Flip Flops for only Kshs 399 !